Is it possible another year is nearly done and gone? December started with a bang - Myo Massage split therapists into tiers, gave everybody a raise, and I happened to move into the top paying rank. That was super-sweet. And made this extra-busy hours-worked month so much more worth the effort (besides, it feels good to be appreciated).

On the same day my bestie Ronda got into Hardrock 100 via lottery. Well, she also got into Western States 100, but that is not what made my day thrilling. What did was that I will be on her crew for HR100!! My fav race, awesome San Juans, and we'll be Colorado residents by then, so pretty local and sweetly close by (and not working for me during that first summer while settling in). Great way to re-connect with ultrarunning community and race scene! And help the gal who will shoot for the moon and train like a mad woman!

I dove into 4-days-a-week Power yoga practice because I bought introductory month at Wanderlust yoga at Domain for "pennies", and I never miss an opportunity to make it count even more. This, too, was good for the soul - though did make the days so much busier.

In the first week of the month my best friends' (sister, really, who adopted me some 13 years ago in Portland) Monika's daughter Marina came to Austin and stayed with us. She came for a yoga training for women's health at UT, and we found enough time to talk, hang out, and talk more. She is a sweet 23 year old who's got a good head on her shoulders, yet of course will make plenty of mistakes as life goes on. We all do. That's ok. 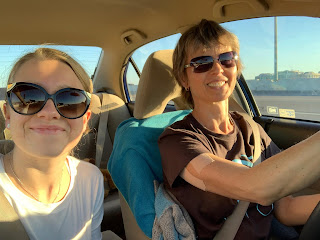 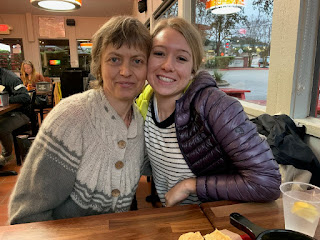 With days being filled by things I absolutely HAD to do, the desire to read serious literature never came back, and the Big Book was still sitting at Chapter 5. However, I discovered a knitter who was also a writer - and a hilarious at that - and picked at the library basically all she's ever had in print (she also writes a blog, yarnharlot.com). I was swallowing her words and sharing pretty much every emotion she's described as a knitting human. 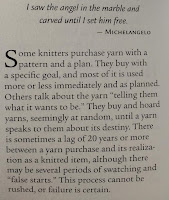 As far as knitting goes, the ONLY good thing (like, quality) I knit were a pair of high socks - but a very delicious one. Not to mention, that sister of mine Monika send me a gift with Marina of Sock Knitting Bible - right on time, as I was "turning the heel", and I learned a new technique of reinforcing the heel and make it go smoother. Thanks! The yarn came from previous attempts to use green bison/silk/cashmere. No matter what I tried, I am not a "green" person, and I had to come up with something subdued, hence the socks - and I long wanted to make luxurious knee-high socks, just because. So there. I like them. 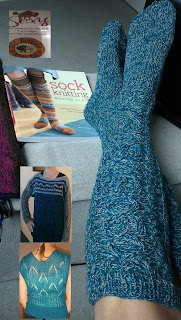 Near-knitting was also a "thank you" card from my friend and Running Veteran's Camp Liza with kind words from all who received my donation of 30 hats on Veteran's day. Warmed my heart. 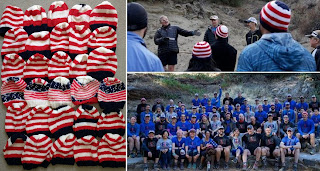 And only by the end of the month did I get at least part of my knitting mojo back. I sorted through my tiny bin of yarn, flipped through the pages of few printed patterns and a few magazines, dug out my baby llama yarn...and bingo. The idea was born. 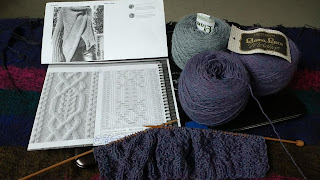 One Sunday mid-month I happened to have a cancelled client in the middle of the morning, and Larry drove to have lunch with me. After that, still having time left, I walked to a friend and former co-worker at UT Sabine's house and visited - we haven't seen each other in way over a year! It was a great idea to catch up, so all turned out awesome. That very day Larry also took me out for a Yarn Festival at Hill Country Weavers down-south Austin, and I scored a couple hanks of rare sheep yarn. 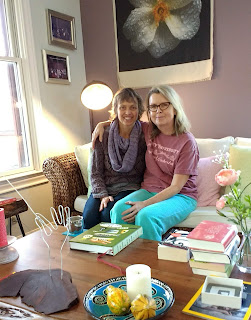 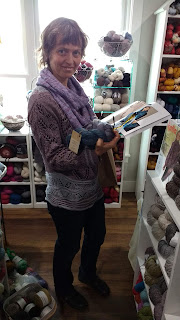 It meant a lot to me, that day did, because it was December 9th, the day I gave birth to my boys, one - 23 years ago, and one - all of 28. I will forever feel blessed to have them as my children, no matter the trials. I just wished I could be near them...then and ever...

Days and weeks continued to roll, and so did my exercise routine, runs, gym, and all. Before we knew it, Christmas was right at the doorsteps. As it goes, we packed the car, picked up Harrison, and drove to Oklahoma, to spend this precious time with Larry's family. It was nice to be surrounded by people who matter - and meet our new little niece Stella. A real Family Christmas. I ran daily, walked daily, and allowed myself to consume gobs of rich foods. That's what this holiday is famous for - and, of course, the Birth of Christ. The real reason we get together on this day... 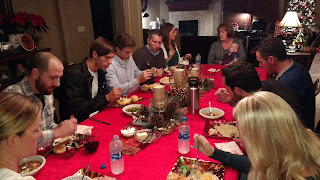 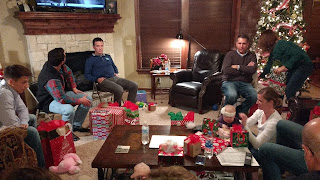 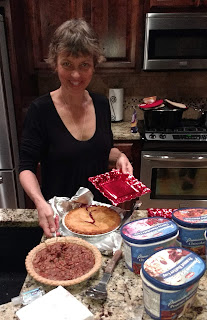 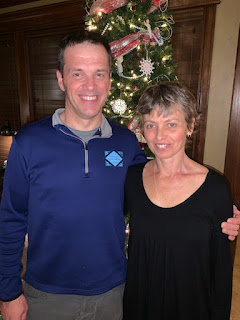 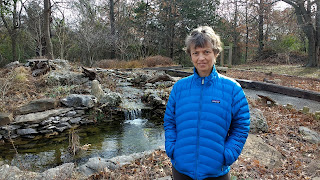 A quick turn-around in the car between Oklahoma and Texas, we were off to Colorado for a New Year - a place where the weather gave us exactly what winter is supposed to be. It was an amazing few days, feeling to chill, enjoiyng the views, and dreaming large. 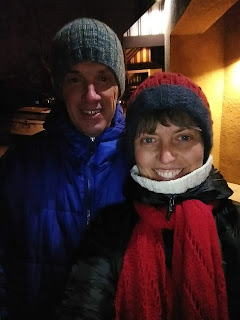 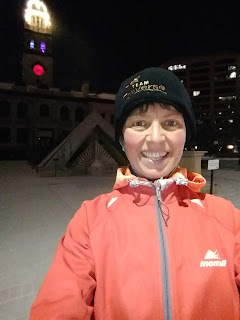 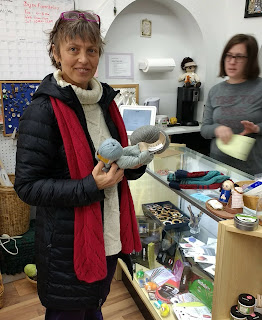 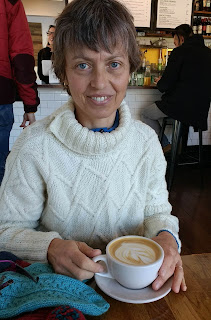 Its been a year I tried to keep this blog going, despite complete death of comments' section, and a general readership. Sometimes I was "forcing" visits to this page by sharing it on my Facebook page, the links to my Colorado trail also got some traffic...but overall, I wonder if I should continue at all. I stuck with it long enough. It is sad to let it go, as this whole era of short FB and Instagram sentences never caught up with me - even though I do participate. I have so much more to say than a phrase or two which mean nothing...and nobody keeps up a conversation even there. Where do people talk these days? What am I missing? And whom am I kidding, my own husband doesn't read my blog, and rarely "likes" posts on FB...which, again lead me to deactivate my FB account on January 1st. I need a break. I need some focus on a real life.

I am looking forward next year, The Year of Big Changes. It is scary and exciting and promising and so much more. Life. I am good with it. In fact, more than that, I am waiting for it with thrill and trepidation. Lets ring in the year 2019 where the home will be... 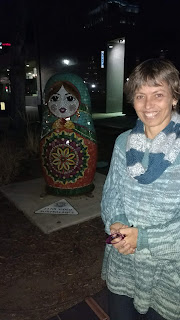 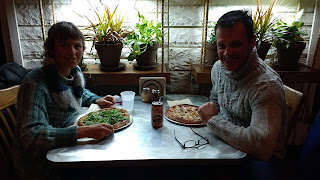 I've finally returned to blogging only to find that you may be leaving?? Oh please don't! It was an overly wordy comment on FB that sent me running back to my blog today after years of being away. I'll check back here and hope you choose to pop in every now and again. Miss your words for sure!

Happy New Year, Olga! I don't really mind the death of the comments section, although it does bum me out that so few people blog anymore. Blogs were always a great source of storytelling, and little slices of life, whereas Facebook is fleeting and Instagram is almost unintelligible (as much as I enjoy photographs, I don't actually care that much about people's stand-alone photographs. I appreciate their words.) I was glad to discover you're still blogging. I am thinking a lot about a Colorado Trail hike in September, and have you to thank for inspiration.