Last supper and recap/resolution per expected.

Larry and I finally got around to visit a new Russian restaurant - "Na zdorovie". Heard of it about to be open back in May, and then they kept delaying, and then we got busy with life...but as we came back from visiting Larry's family in OK (great Christmas time, may I add!) and had our kids going to spend time with their "other" parents, and with next day having a plan to begin "Whole 30", it seemed to be fitting in. You know, Russian food, drinks and whatnot for indulging...Well, we were pretty disappointed with both a set up and quality of food (and a general leaning of the chef to southern regions of former Soviet Union and less so real Russian. And vodka was served warm!


Anyway, it is here, the Whole 30 challenge, and I couldn't be more excited, because not only I am going back, Larry is joining me! This life-long fully admitting sugarholic, whose breakfast is cereal or pancakes, PBJ is a snack and a dinner, and mocha's along with 2-packets of sugar tea are "get through the day" things, is taking charge! I am embracing it as a family affair, and am so happy and thrilled to do it together! 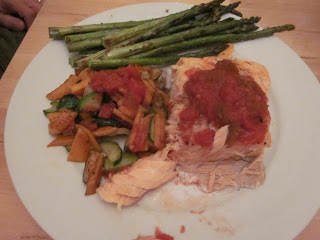 But back to the recap of the year, the thing to do as this one nears the end.

As Gretchen (with the help of her hubby) put it nicely, highs and lows.

The highs, as the races went, would be two: Pocatello 50 (or so) miles and Lookout 50. As it happens in the case when I go to a race with no expectations, have a great attitude, and while hitting some troubles (when do we not?) am able to deal with them calmly and smartly - I enjoy the run(s). Seeing old friends - and meting new ones - was an icing on those cakes.

Regardless winning (and running a CR for the time) at the Blackhills 100 back in June, this race does not bear same weight for me. I was kind of done with long races by then mentally, and even though I put the best training forward that I could in Texas heat and absence of hills and inspiring trails (by my history of trail running), it was minimal and I simply "did the work" before and during. I had some good times there, but between miles 70 and 85 I really wanted to quit, just as I did (quit) back at Tahoe 100 2 years prior because I saw no point of doing it, again. I made it through. The recovery (adrenal that is) was longer than usual, and with the fact that I didn't get into Hardrock 100, may be it is a blessing in its own way. I need a break.

With that, and the second half of the year being a no-go in training for one reason or another, the year 2013 is setting up to be different - and even more exciting in its own way.

Lookout 50 was an awesome intro to what next year will hold for me (and both of us). We decided to forgo the well-known races  and dip to the side of the "unknown" (to general public that is, because of course they are well known and well loved by locals!). Three races are all set to "go" so far: Cheaha 50k in Alabama (with almost 7,000 feet of elevation gain no less!), Syllamo 3-Day in Arkansas (50M for me and 50k for Larry and kids in tow for spring break) and Freestate 100k in Kansas. That is it so far! We may consider something for May, but will take a couple months break in June/July to do some fastpacking/hiking vacation, and then venture to Montana for Elkhorn 50M in August.

As far as highs for other things, my older son Alex had some good months when he was in school for winter and spring terms and held a job for a while, although, of course, the lows come as well when those times were over. But here we are on the rise, again, and I am hopeful and optimistic. Raising teenagers is always a challenge (unless you have one of those "perfect children" with straight "A's" and activities and so on, and I don't), so we had highs and lows there as well. I think the best thing was for me to (try to) realize I can only do/control so much, and I deserve to be happy regardless. And somehow things got better with that. So here you go.

My relationship with my sweetie is on some new level of love and commitment, and that weird adjustment time of two adults with past was well worth what came out of it. The depth of what we have now has no questions. We are together. What can be better?

We plan to take better care of ourselves. I got my darling sucked in to a Bikram yoga by getting him a 5-class gift certificate, then he got himself a 5-class card (wow!) and I got him another one for Christmas. We will eat mindfully, even as the Whole30 gets done (and it WILL get done!). We will try and sleep 7 hrs every night, and train smart (while much weekly miles will not happen). We will go on more projects on our lovely house. And we will continue being thankful for literally "running into each other", as the Universe gave us a gift of finding love and happiness.
Posted by Olga at 5:33 PM

Olga, beautiful. The Universe has a way of helping us find the best things, doesn't it. Happy New Year!

I am so happy that you are so happy, aside from the sub par Russian food.

You are proof positive that happiness is found within. May we all be so fortunate to discover that too. Happy New Year to you Olga!

Realizing that we can only control so much is so difficult but so important. Keep it up, Olga! Nice job on a beautiful year and an ability to take and appreciate the highs with the lows.

I am also starting another whole30. Today is day one. Holiday eating did not make me feel great, and I am excited to eat healthy again. Let me know how yours goes.

Have a great 2013, Olga, and I hope our paths cross sometime this year!